Many guest ask what exactly a "Heuriger" is. We try to give a definition of this very special kind of restaurant: 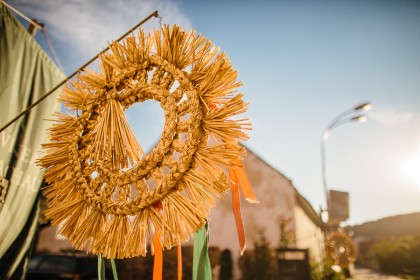 On 17 August 1784 Austrian Emperor Joseph II issued a decree that permitted all residents to open establishments to sell and serve self-produced wine and juices. At first no food could be sold in order to prevent competition with restaurants, but over time these restrictions lessened. Over the years the menu broadened, but the concept stayed the same.

Heurigeris the name given to taverns in Eastern Austria at which local winemakers serve their new wine under a special licence in alternate months.  A Heuriger is prized both for the charms of what it offers and its limitations. Each Heuriger is only open briefly, usually 2 or 3 weeks during a four month season in the Fall, although it may reopen again later in the season when more wine has been produced. It serves only its own wine, and but a limited selection of food as an evening meal, generally local, homemade products offered as small dishes.